Tech Armor has paired with Steeve Athlan, owner of Around the Pearl in Waikiki, to create a unique and stunning Apple Watch band which embodies the spirit of Pacific island culture. In the legends and traditions of Polynesia, the oyster of Polynesia is the daughter of Okana and Uaro, mother and father of everything that lives in the sea, besides fish. Okana, the spirit of the living reef, Uaro the spirit of the silt and the sand gave birth to Te uhi, the pearl oyster enclosing the fine mother of pearl. It is told that Okana told his offspring: “You will place on your ornament one piece of the dazzling skin of each one of the fish living in my kingdom. I give you as a present, to be your home, the submarine rocks and plains as well as the coasts of the sea.” the pearl oyster then took ownership of the steep reef, the coral rocks pointing to the surface, the mysterious shoal and the transparent sand plateaus and waited. Love shook off its laziness. For a princess of Bora Bora, Oro, then god of peace and fertility, came down to earth among men riding on a rainbow and presented them with the oyster as a gift.

The Tahitian pearl represents a symbiotic relationship between nature and man. Pearls have the unique distinction of being the only mineral gem created by the animal kingdom.

The pearl begins as simple grains of sand within a mollusk named Pinctada margaritifera, variety cuminiggi or black lip pearl oyster. The mollusk covers the irritating bit of sand in layers of nacre – the mineral substance from which their shells are made. Over time the layers of nacre, also know as mother-of-pearl, accumulate to form a pearl.

In the early 20th century, the pearl oyster beds began to slowly die out and extinction of the species seemed inevitable. Despite regulations to preserve the habitats, increased trade and advancements in diving technology led to further decline of the beds.

In 1960s, French Polynesia, men adopted the art of grafting which was popular in Japan. In place of sand, a small pearl from a freshwater bivalve mollusk and a fragment of the oyster mantle are inserted into the pearl sac. Out of this process came the most beautiful, colorful Tahiti pearl – a rare gem individually unique in color and shape. Check out these amazing gems at Around the Pearl and check out our many other Apple Watch band styles at Tech Armor. Located in the Upper East Side we are your one stop shop for all your iPhone, iPad and laptop repair needs. 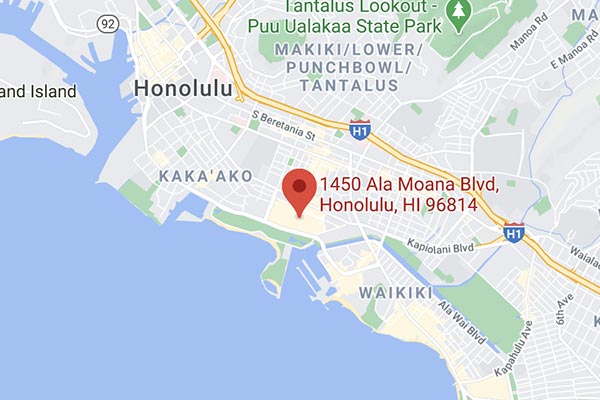 Two kiosks located in Ala Moana Shopping Center: on the Ground Level, Mountain side, in front of Jeans Warehouse.

Located at the Sheraton Hotel, near Honolulu Coffee and valet parking.

Located in the Whalers Village: toward beach walk and near Monkey Pod in a kiosk.